I traveled to Swizterland with my mom from 26th of June to 3rd of July.

I want to write here about surprising things, different cultrues from Japanese, which I felt during this trip. 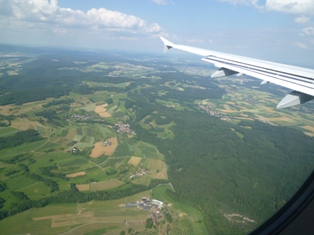 At first, there is no ticket gates for the train.
and conductor doesn’t come to check our ticket so often.
So I think people can get a train without ticket easily.
I’ve heard that you have to pay fine if conductor found out you have no ticket,
but I think this system can work because Swiss people are very honest. 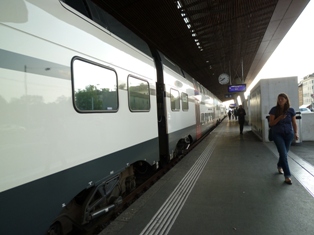 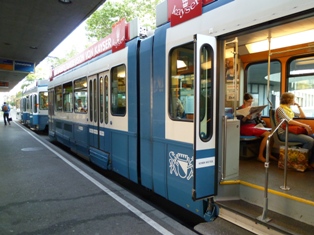 Another story about honest Swiss people,
We stayed at one of nice hotel in Grindelwald.
because we were gonna travel with my sister, I booked a hotel room for 3 people through Expedia.
After my sister canceled the trip, I couldn’t cancel the hotel according to Expedia policy.
But a hotel man at the front tried hard to cancel our reservation and set up again for 2 people,
and removed extra-bed from our room. 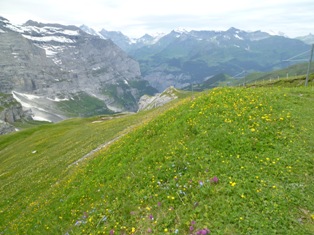 I met a friend of Japanese friend in Zurich.
He lives and works in Zurich,
My japanese friend introduced him to me a few weeks ago, and we started to contact since then.
In spite of that we hadn’t met each other, he took us to a short walk in Zurich and gave me a lot of good informations for our trip.

Therefore, I felt Swiss people are very gentle and kind.

Another surprising thing is that the stores close by 7pm.
Even though it is still bright outside until 10pm, the grocery stores or other stores except restaurants close early.
No one wants to work late? ?

Hotel front as well,
front open at 8 am and close at 10pm.
You have to leave the room key at front, but you can take the key from the front by yourself.
It is self-service!!
No one take the other room’s key??? 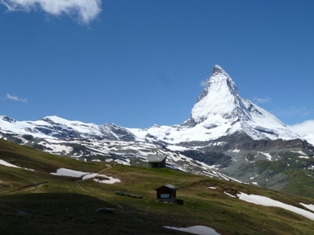 Most people in Switerland speak English and some other languages, except people in French speaking area.
They don’t understand English and menu at restaurants are written only in French.
People are still nice, but it was very difficult to communicate.
I wished I would have learned French harder at university.(hehehe) 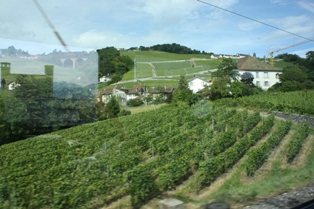 Anyway, I thought Swizterland is one of the most beautiful country I have ever visited.
If someone wants to travel to Europe, I definately recommend to visit there.
I do want to visit there someday again!!!

Thank you so much for all people I met during my trip and colleageus who let me go to travel!!
<>

Trip in Italy -7days and 5nights-

Heteroptera VS the Meteorological Agency